I'm a big fan of the Mass Effect video game franchise. I've played the main trilogy through so many times that I could talk you through the whole plot and the big decision points without loading up the games.

If you aren't familiar with this franchise, here's the no-spoilers, high-level overview: Bioware came up with their own sci-fi setting, and over the course of five years they released three games in that setting. What was unique about the games is that the decisions you made in each game would affect the state of the universe in the next game. These games featured other interesting role-play elements that debuted in earlier Bioware titles, like a morality system inherited from Star Wars: The Old Republic, and a dialog wheel that was originally used in Jade Empire.

The net result of all of this is that you could play as a villain or a saint, making decisions to try and save as many people as possible or to accept heavy losses in favor of the ultimate goal of the game. And without dropping any spoilers, the ultimate goal of the game is to save to the galaxy from a powerful opposing force. Unfortunately, the way this plays out inside the game at the end of the trilogy was a massively polarizing, real-world PR catastrophe for Bioware.

I'm not going to rehash that whole situation, but I was on the forums and chat groups watching it unfold in real time during the summer of 2012. It was ugly. People were upset – and honestly, I was one of them. In the intervening years, however, a few things have changed. First off, the Mass Effect modding community produced a few amazing add-ons that can literally change the ending of the trilogy. That saved Mass Effect 3 for me and probably for a lot of other folks as well. But secondly – the games have aged really well. They're just so damn good, people would replay them and just skip the last 15 minutes.

So, even though it is unseasonably warm here today, I'm rocking Commander Shepherd's colors. There's a sequel for Mass Effect in the works, and I'm cautiously optimistic about it. Everyone's older and wiser now. I just hope we haven't lost the sense of wonder we felt when we first took our journey into this amazing sci-fi game setting. 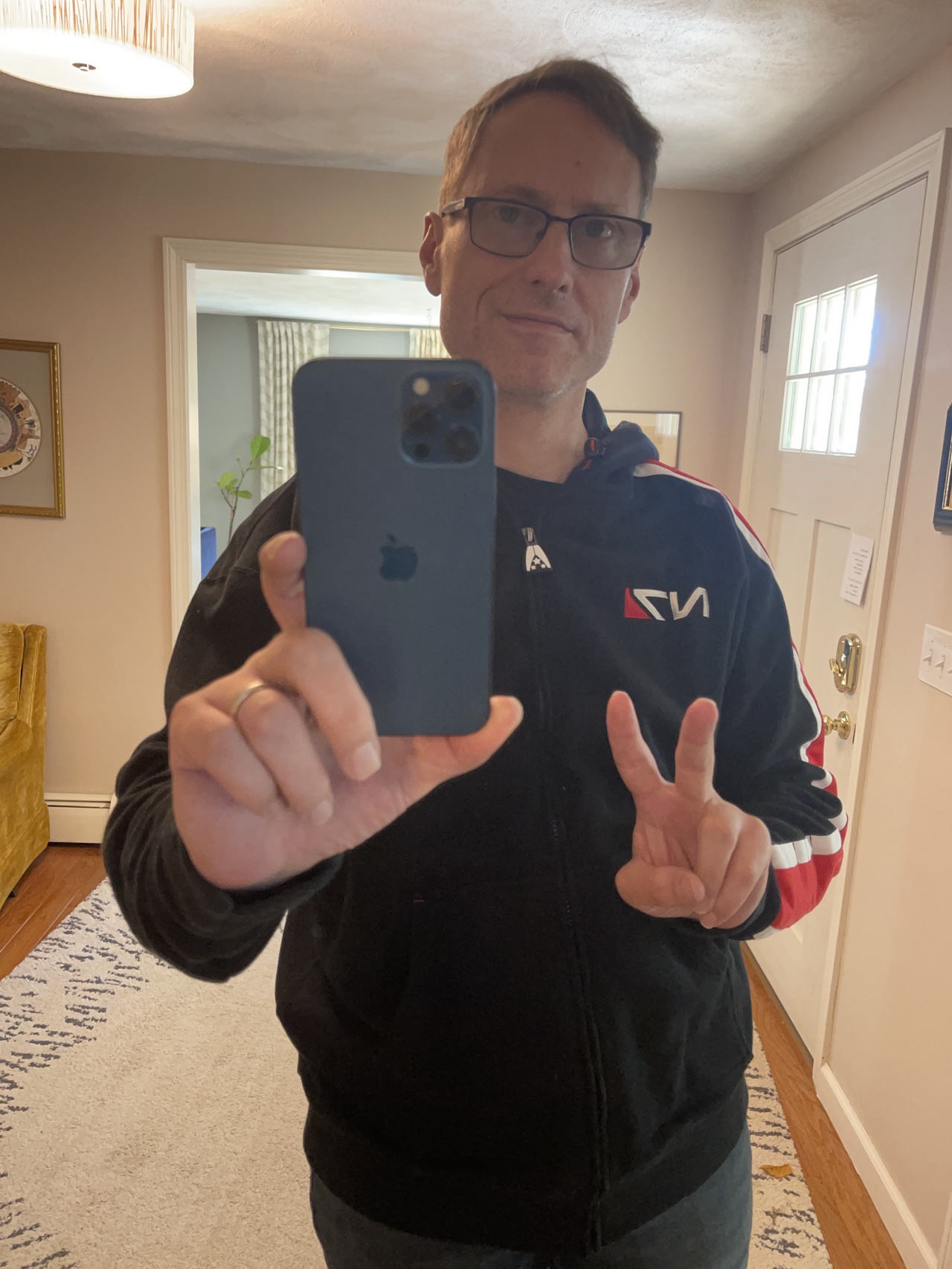